How politicians use bulk SMS marketing to win votes 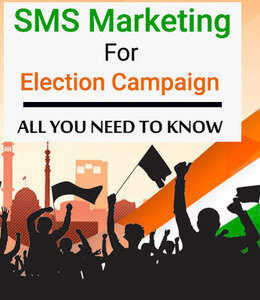 Globally, politicians use SMS marketing tools to win the hearts and minds of voters. It doesn’t matter if you’re running for the highest office in the land or a local council seat – sending SMS online can reach millions of voters to propel your journey towards the public office.

On 23 August 2008, Barack Obama sent a historical  260-word SMS. The Obama campaign sent 2.9 million SMS messages announcing Joe Biden as the Vice President pick in the 2008 U.S elections. Back then, using a tool to send SMS online was well ahead of its time.

Speaking to the Los Angeles Times, Nic Covey, the director of insights for Nielsen Mobile, said Obama set himself apart with his SMS marketing campaign: “Here, Obama branded himself as cutting edge… and further established a list of supporters’ most coveted form of contact: their cellphone numbers.”

But, when carried out in the wrong way, the tactic backfires. Earlier this year, the United Australia Party sent text messages to five million voters with a simple promise:

The irony? The UAP’s text itself was unsolicited.

Party head Clive Palmer defended the texts: it was legal under the country’s Privacy Act and led to 200 000 people visiting the party’s website. But, many voters were unimpressed, taking to Twitter to call out the UAP. Palmer admitted to receiving more than 3 000 complaints but attributed the bulk to automated calls made by a trade union movement.

SMS marketing has higher open and engagement rates than email.  We live in a mobile-first world, and political text campaigns reach voters in real-time to drive rally attendance, ramp up campaign donations, and remind supporters to head to the polls.

Let’s look at a few ways you can get the most out of bulk SMS marketing tools.

Mobilize your supporters around your big-ticket issues; communicate your stance on issues they care about. Bulk SMS marketing allows you to establish a direct line with voters – instead of social or traditional media, they’re hearing your opinion on the things that matter most, and on a personal channel.

Permission isn’t only a legal requirement. Voters are inundated with mass political texts they never asked for. Don’t pull a Palmer. Unsolicited text messages annoy voters and won’t win you support at the polls.

Adopt a multi-channel approach to gaining subscribers and bring your website and digital channels into your SMS marketing sign-up strategy. Display SMS shortcodes on your website and social media platforms. It’s a perfect way to get voters to opt-in to your messaging. You can also use shortcodes to allow supporters to easily donate to your campaigns.

A smart online SMS marketing strategy also makes the benefit clear for the voter with powerful calls to action.  Do they get access to exclusive updates? Perhaps offer a private meeting with a popular candidate or a front-row seat at a major rally.